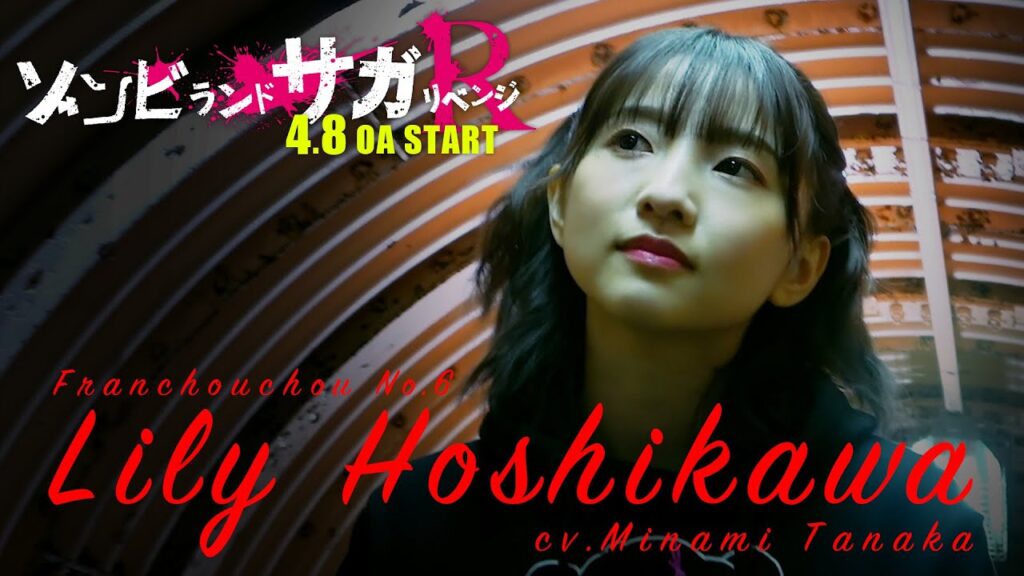 Ahead of the premiere of Zombieland Saga Revenge next month, the second season of the popular zombie idol original anime, we have the release of the first of seven ‘sensory’ PVs. The previews attempt to capture the emotions the audience will feel watching the upcoming sequel anime.

People know what to expect from Zombieland Saga at this point, but we know very little about what to expect from its second season, Revenge. The only PV we’ve received for the anime so far revealed very little about what direction the series will take. ‘More of the same’ feels like the obvious expectation, but lots of the anime was kept under wraps before the airing of the first season, including the key conceit that the girls were zombies all along. The thought that the staff at MAPPA could be pulling off the same trick a second time isn’t entirely out of the question.

These new sensory PVs continue to obfuscate the real story behind Zombieland Saga Revenge, but they do show the voice actors taking part in outlandish acts that represent what we can maybe expect from this new season.

The first PV features Hoshikawa Lily’s voice actor, Minami Tanaka. The VA walks through a tunnel in disrepair with a serious face, before arriving at a zipline in the Chiba countryside. Tanaka zips it down while shouting ‘I can fly’, and the energy given off can be interpreted as high-speed, high-energy, and exciting. With a won’t-give-up determination being exclaimed as she rides down, noting how fun the journey down the zipline was, you can interpret the PV as saying that the series will be a fun and exciting experience from beginning to end.

Ok… so it doesn’t tell us anything, really, but it is fun to watch them enjoy riding the zipline all the same.

Zombieland Saga Revenge will start airing in Japan on 8 April, and you can find out more over on the anime’s official website.