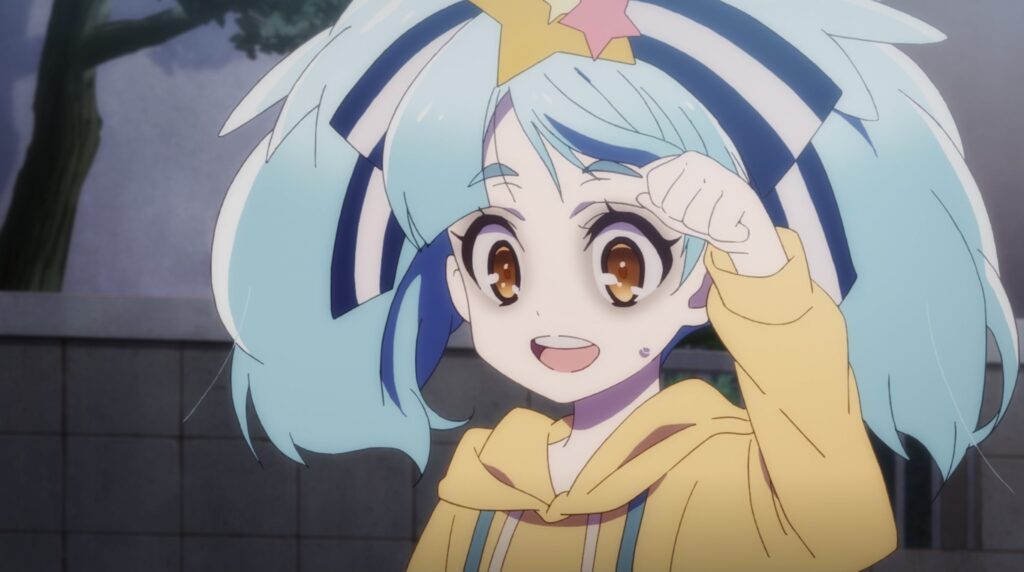 Zombieland Saga has always had the ability to surprise and entertain, and episode 1 of this new series of the show, subtitled Revenge, is no different in that regard.

There were a few things that made the first series of the show such a surprise hit among fans around the world, and it wasn’t solely the result of an inventive premise or some wonderful characters. This was an idol show unlike any other, uninterested in broader idol culture and more interested in the reasons that idols bring hope and inspiration to others. A unique performance, passion on and off stage, a desire to achieve a dream… even a recognition of the artificiality of idol presentation inherent in the zombie foundation is nonetheless a celebration of what idol culture means to people, not the pain it can sometimes represent.

The return of the series flips this story on its head and delves deeper into the purpose of their sudden revitalization, all without forgetting this core idea. And it works wonderfully. 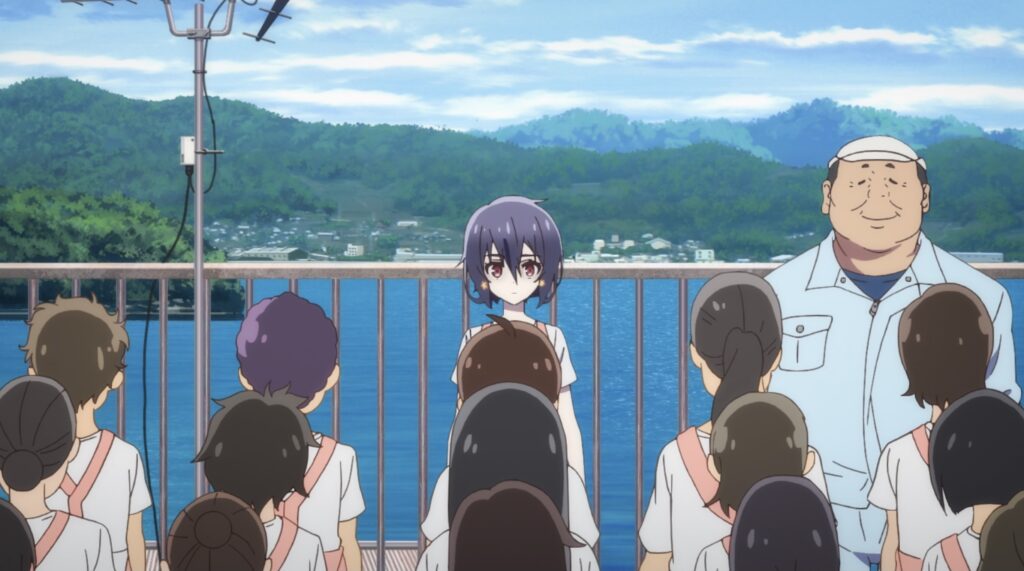 Zombieland Saga Revenge episode 1 starts in a place far removed from the elation found in the season 1 finale, when a miraculous stage performance thrust the group into the mainstream. As it turns out, following their outstanding success, the group’s image grew massively, resulting in their CDs selling like hotcakes that were followed up by sold-out show after sold-out show. The group was on an unstoppable rise to stardom. Until they weren’t.

A risky plan to translate their rising but still small stature into a major arena show backfired, killing the group’s momentum after a shoddy performance for 500 fans in a 30,000 capacity stadium. The group was saddled with debt, and their image was ruined.

It’s here where the show picks up in typically left-field fashion. Junko is turning up for work at a factory, and the others are working in fields and bars. Even young Hoshikawa Lily has a job delivering milk, in a desperate attempt to pay off the debt. Kotaro, meanwhile, is drinking themselves to oblivion while mentioning an undisclosed deadline for the group that they now deem is impossible.

The resulting episode rips off the bandage of unmitigated success that could be argued to have dominated the first season. Sure, the characters had run-ins with their pre-death lives and the people they met, and they had hurdles in their path to glory, but they also overcame them stronger than ever, as the group had word-of-mouth and a cohesive unit driven by passion on their side. It was carefree, with rap battles and metal shows and a sense that they were throwing everything at the wall in their quest for success. 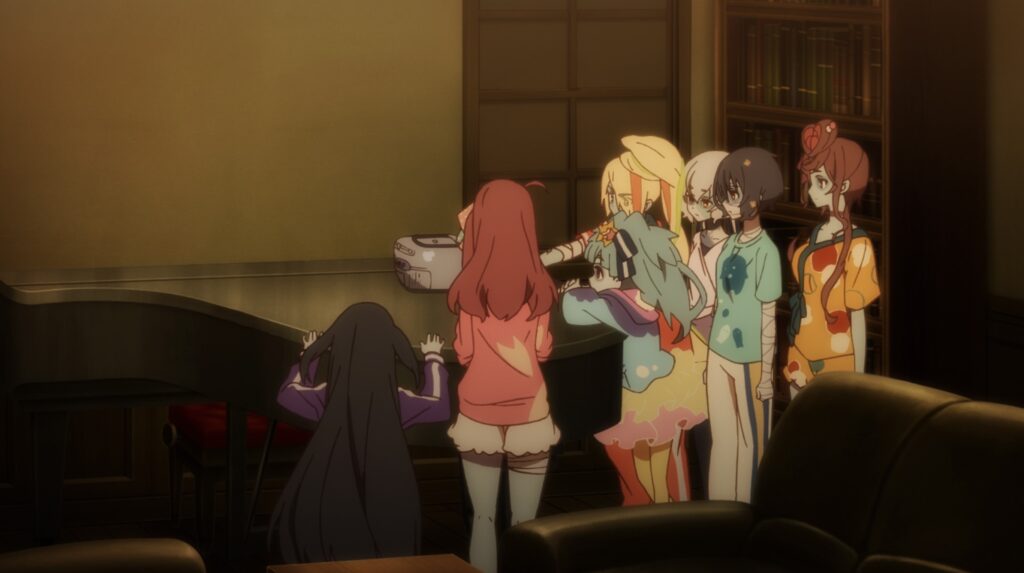 The reality of being an idol is that, unless you’re at the very top or bankrolled by a major talent agency hoping to push you as hard as possible (which Kotaro arguably was), breaking into the industry is hard. You’ll also likely be stuck juggling additional work or school with your job to make ends meet, and you might even have a manager who cares little about your wellbeing and runs you into the ground. That’s not something stated to paint the entire industry as unmitigated evil, or that small-time idol work is exclusively fitting this mold, but it’s something that requires a great deal of love to work through.

If season 1 represented the talent agency model, episode 1 of Zombieland Saga Revenge represents the chika idol, driven by passion but left juggling work and an unrelenting upward climb to glory. Kotaro giving up leaves them alone to navigate these circles, but they’re determined to succeed. I wouldn’t say it glamorizes this journey to success, as it shows the stress and trouble they go through juggling all these responsibilities, but it shines a light on a side often overlooked in the rose-tinted veneer of idol anime. It makes the episode feel fresh while reacquainting us with the characters and world of the series. 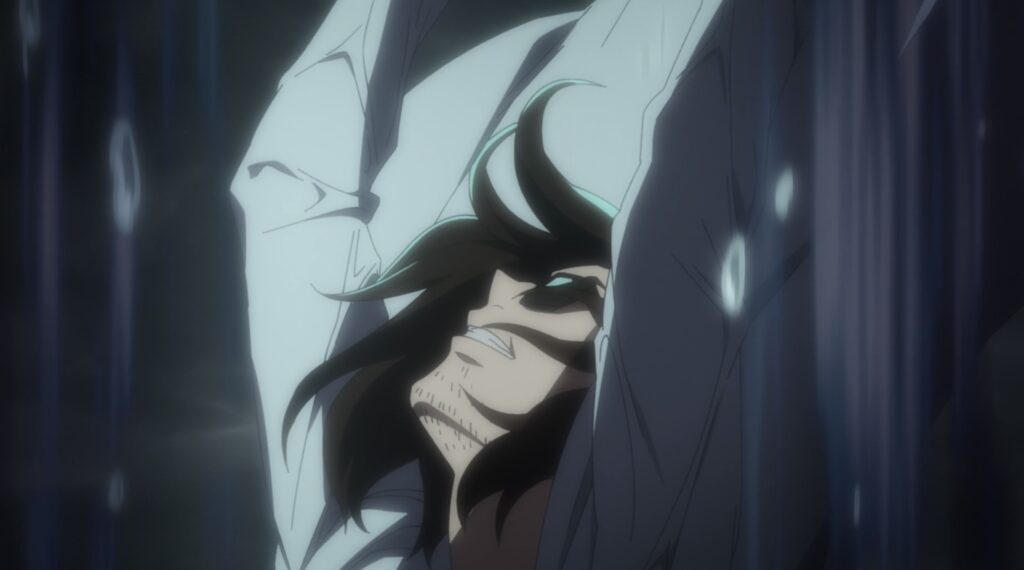 Even if by the end of episode 1 somewhat of a status quo has returned to the series, albeit with the group far from the same as the one we left off with, Zombieland Saga Revenge has used this first episode to tease a more ambitious story for its second series. Kotaro’s drunken state, washing away the sorrows of failure, lets slip of ulterior motivations that suggest the group’s role is to serve a more literal salvation of Saga, not simply a tourism resurgence.

Plus, while the show has always balanced its brightly colored idol stage shows with the dingy lifestyle of the abandoned mansion and their zombie states, this entire episode embraces a more bleak and darker tone, in line with early promotional material. A more serious story awaits this second season, and it’ll be interesting to see if it achieves this.

Zombieland Saga Revenge episode 1 brings back the wonderful cast and Mamoru Miyano’s show-stealing energy as Kotaro, but it also has something more bubbling underneath the surface. A grand return, we’ll have to wait and see whether the series can deliver on the promise of this first episode.