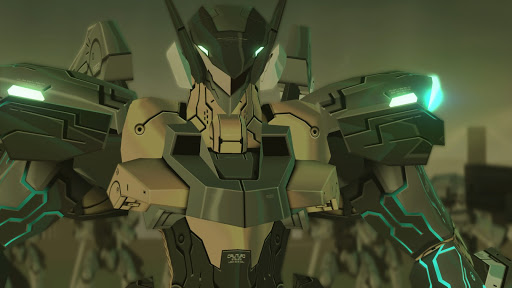 Zone of the Enders is a series I likely would have enjoyed if I had known about it when it came out. It has mechs fighting each other in space and to be quite honest that would have been more than enough to convince me the game was cool (and to a degree it still is).

Mix that with the work of Metal Gear Solid creator Hideo Kojima and a general plot reminiscent of the Gundam shows I would grow to love later on, and you have a game that sounds like it was made for me. Unfortunately, it would somehow go under my radar for years.

While I knew that it was a game that Kojima had made before thanks to small easter eggs alluding to it within the Metal Gear series, I wouldn’t bother to take a closer look into it. I’d finally get a chance to research and play it when Zone of the Enders HD Collection was announced.

Even then, the truth is that I was mostly pulled to it because it included a demo of Metal Gear Rising: Revengeance, which I was extremely excited to play on its own. Though I would have a lot of fun replaying the demo of the latter, I also had an incredible time playing through the main content of the Zone of the Enders HD Collection and now I too share in the despair of waiting for a new entry in the series.

Nothing could have prepared me for what I played. Even with the at times questionably quality of the voice acting, Zone of the Enders was a fun series to play through. The story of the first one felt a lot like a Gundam series, complete with space colonies under attack, a random boy stumbling into a mech that he is somehow incredible at piloting, and pondering questions of war and life.

Then the sequel focuses more on the mech fighting action which few would complain about.

I think what surprised me most was the speed that everything moves at. I was fully expecting some slow and heavy mech action, but the gameplay is very quick and nimble. It doesn’t take long to get immersed in the action and you’ll find yourself hacking, slashing, and spewing out lasers in no time. 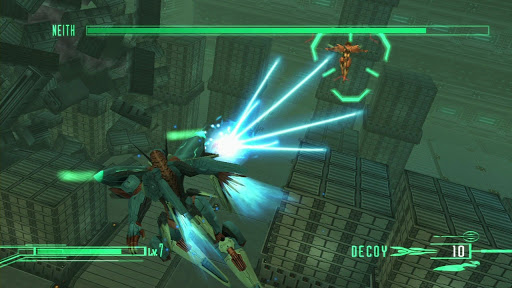 The sound design is also an enjoyable part of the series. Again, the voice acting isn’t always the greatest, but as someone who watched a lot of English dubbed anime in my younger years, it doesn’t affect me too much. And if I’m being totally honest I do feel that it kind of adds to the charm. The second game’s use of anime cutscenes only adds to this charm.

Onto completely positive notes, the sounds of the gameplay are great. Each rush, slash, laser, and beep you experience while piloting the Jehuty sound amazing. The music is also wonderfully reminiscent of the soundtrack of Metal Gear Solid 2 which for me is a huge strength that lends itself well to games like these.

I do find it surprising that I rarely see discussions on the sound design of the series, but I can understand that others may focus more on the visuals. Although there are plenty of times where you’ll fight enemies inside corridors that feel a tad similar to each other, the visuals are by no means boring.

Areas vary and the fights all feel flashy no matter what attacks you’re using. It helps that the mechs and enemies you fight all have unique and memorable designs by the incredible talented Yoji Shinkawa.

It all comes together to create a unique and fun experience unlike any other. After playing them both, I completely understood why fans had been pleading for a new game since the second game came out in 2003.

Hope would renew with the 2011 announcement of the Zone of the Enders HD Collection, and again before it came out in 2012. 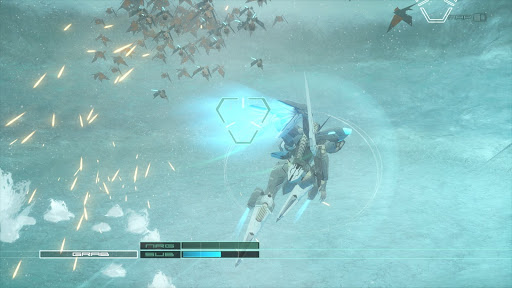 During an event celebrating the series and the upcoming HD collection, Kojima announced that work had begun on a new game known in development as “Enders Project”. He even brought concept art for people to fawn over.

Kojima’s announcement of the next entries in the Metal Gear Solid series convinced fans that the Enders Project might take a bit of a backseat, but remained excited nonetheless.

Unfortunately, the project wouldn’t make it very far. Kojima would reveal in 2013 that work on Enders Project had stopped due to the criticisms leveled at Zone of the Enders HD Collection. Any further hope for any new developments to the series was seemingly extinguished when Kojima left Konami in 2015. There was no telling of the future of the series.

The 2nd Runner M∀rs Launches on PS4 and Steam

This is what made it all the more surprising when Zone of the Enders: The 2nd Runner M∀rs was announced at Tokyo Game Show 2017. Not only was this a new release of the second game to more platforms with updated visuals (most notably support with 4K resolution), but the game was also to included support with VR. Fans would be able to enter and pilot Jehuty themselves. 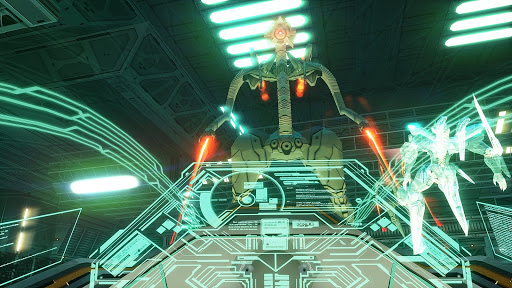 The game would release to positive reviews! Although the response to the VR mode would be a bit mixed in comparison to other VR games, it was still seen as a positive venture and development for the game. It also showed that Konami was interested in continuing work with the series.

Can Zone of the Enders 3 Become a Reality?

Zone of the Enders: The 2nd Runner M∀rs launched in September of 2018, nearly two years ago. There hasn’t been any news or even rumors of another entry in the series. Game development can certainly take a while and it’s possible that work is occurring on a new project, but there’s nothing to fuel that idea but hopes and crossed fingers.

Some might not want a new game to happen without Kojima and many of the same people that worked on the previous games. The unique nature of the series might not work under a newer team and it now falls into the same state of the unknown as the Metal Gear Solid series does.

While I can understand that sentiment, I won’t deny that I’m more than open to seeing a new title in the series. There’s a lot that can still be explored in the Zone of the Enders universe, and how could I possibly say I’m not interested in more mech action?